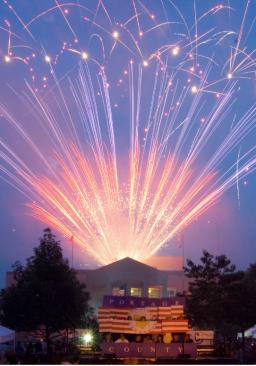 The Ohio Constitution specifies the organization of county government.

All Ohio counties, with the exception of Summit County, follow the same statutory form of government consisting of three county commissioners and one of each of the following officials: county Auditor, county Clerk of Courts, county Coroner, county Engineer. county Prosecutor, county Recorder, county Sheriff, and county Treasurer.

County officials are elected in even numbered years to four year terms with the exception of judges, who have six year terms. Common pleas, probate and county court judges are established by statute pursuant to authority granted by the Ohio Constitution. Compensation for all county elected officials is set by the Ohio General Assembly and varies with the population of the county.

The role of county government as an administrative arm of the state and a unit of self government can be traced as far back as 603 A.D. to an area in southern England that was divided by a king into territories which became known as "shires". Shires were controlled by the monarchy through the appointment of a governing official.

The term shire was used in England until the fifteenth century when the term "county" was adopted. Since the county was the chief administrative area, the concept of local control and responsiveness to the people became a basic principle of English heritage. County government evolved in England over several centuries and was brought to the United States with the English colonizers.

American independence fostered numerous changes to American government, including the strengthening of state governments and more defined county roles. Today there are 3,139 county-type governments in the United States.